skip to main | skip to sidebar

Its been a whole year since I posted last. I've pretty much given up blogging, however, this is a topic I thoroughly enjoy discussing, so here I am again.

I should qualify this list by saying, it's not the "best ten films released in 2011." It is what I consider, the ten films I enjoyed watching the most for the first time in 2011.

Interestingly, four documentaries made it in the list, only four of the films selected had a production budget over $10 million, and none had a budget over $50 million.

10. Catfish - This documentary is quite contraversile and some are still arguing whether or not its actually true; which makes it a fun watch.


9. Conan O'Brien Can't Stop - Shot while Cocoa was banned from television, it follows Conan while developing and executing his tour.

8. Super 8 - Bottom line, it made feel like a kid again watching Goonies or Flight of the Navigator.

6. Exporting Raymond - Follows the process of trying to produce a remake of "Everybody Loves Raymond" in Russia. I learned a lot about healthy team dynamics, collaboration, and communication watching this.

5. Everything Must Go - This movie has pretty much everything I hope for in a film. It's funny, real, small in scope while full of substance, and ends with a little hope that isn't too contrived.

4. ESPN 30 for 30: Unguarded - Once again a 30 for 30 film makes it in. "The story of Chris Herren, a high school basketball superstar who played in NBA, struggled with drug abuse his entire career and ultimately, found redemption and personal fulfillment through the game." It broke my heart and then made me smile.

3. Bridesmaids - If you don't want to have to think too hard and just need to laugh for a while this is your fix.

2. The Help - Well done in every aspect. Viola Davis and Emma Stone were amazing. It was inspiring, but also raw in moments. It made me laugh and then caused my eyes to moisten a couple times.

1. Win Win - When I saw this at the theatre about 9 months ago, I was pretty sure it would be my favorite of the year. If you want to watch a redemptive story that is both authentic and inspiring with the perfect dose of humor, this is the ticket. This is the type of film I want to make when I grow up.
Posted by Isaac at 11:32 AM No comments:

Top 10ish Movies of 2010
No one film stood out to me this year as especially amazing, other than the one I worked, but there were several(eleven) I appreciated and thought were worth the price of admission. In no particular order, here are the flicks, which were distributed in some form during 2010, that I became a fan of.
Crazy Heart
I’m a fan of Jeff Bridges, I was fortunate enough to meet some very talented folks who worked on the soundtrack, and very rarely do I say the words, “I wish this movie was a little longer.”

Cyrus
I have a crush on the Duplass Brothers (directors), Brad Wise will testify. They did more with $7 million than most do with $50 million. John C. Reilly makes me smile, a lot. And I’m jealous of Jonah Hill’s ability to be so awkwardly funny. 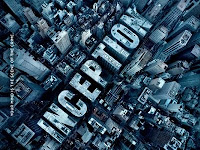 Inception
One of the rare instances that a big budget movie is entertaining and provokes thought. I don’t know that I will necessarily want to see it again, but I highly enjoyed the experience of watching it in a cinema.

What a pleasant surprise. I love Steve Carell, but was worried it would be something just slapped together for Steve Carell to do. I was wrong. I was thoroughly entertained, did not regret spending $10 to see it, and was even a little moved. And who doesn’t love cute mumbling minion?

So I can’t be terribly unbiased about this one since I was on set. But what I thought was hilarious when seeing it shot in person, turned out to be at least as funny in edited video form. Joe Boyd took on a huge task attempting to produce, direct, and star in his first feature film and succeeded like a boss.

Robert Duvall, Bill Murray, in a small town, with a low budget. That is my sweet spot. Take the above combination, add Sissy Spacek, redemption, and quirky character and it doesn’t get any better. Very glad I had the opportunity to watch this one before hit shelves.

Damn good. Yeah, I had to go there. I don’t care for soccer, and I know next to nothing about European soccer, or football as it is. But I engaged through this film and am already looking forward to the director’s next project, The King’s Speech.

I was asked to watch it a second time within a week of the first viewing and was happy to oblige. Christian Bale was so good that I forgot I was watching Christian Bale. The producers deserve a cookie for this one.

Big Fan
Patton Oswalt was the lead, and was nearly perfect. The story had a fun couple of twists. After watching Big Fan and The Wrestler, I’m eagerly awaiting Robert Siegel’s next project as well.

Whip It
Roller Derby is cool. Ellen Page is charming. And it carries some healthy messages for young girls. It also makes me want to go watch the Cincinnati Rollergirls. 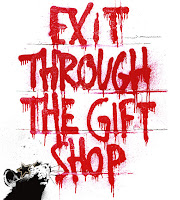 Exit Through The Gift Shop
It made me smile. It was unique. Not sure what to think of it’s subject. But it did make me think. Which is the sign of a good film.

Small Potatoes: Who Killed the USFL
One of the best things to happen in documentary world over the last year is ESPN’s series “30 For 30.” And my favorite thus far is Small Potatoes: Who Killed the USFL? Though I was a toddler during the professional football alternative, I have always been intrigued by it and this was the perfect way to feed my appetite.
Posted by Isaac at 10:26 AM No comments:


Christmas Invasion from Still Rendering on Vimeo.
Posted by Isaac at 8:16 PM No comments:

I will be spending the next 11 days with a group of folks from Vineyard Cincinnati following up and expanding upon the activities explained in the videos below. 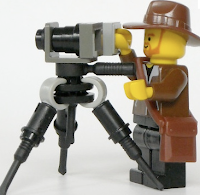 This afternoon I stood around an old hotel room in Middletown with about 10 people, eating vegetable soup, sweating, listening to an antique radio, and loving it. And this is part of my job!
I can't believe I get to make movies, like as part of my job. But yet at the same, I also have health insurance.
I think I'm probably the most blessed person I know. Who else gets away with this? And on top of it all, my wife goes along with it. She actually helps on crew and allowed a 15 to 20 person film crew to invade our home for 15 days.
Don't misunderstand, we work hard. We work really really hard at times. And sometimes we get really stressed. But then there are moments like I described above and I can't imagine too many things that are too much better.
This filmmaking stuff is like being 9 years old again, working on a monstrous lego sculpture; sometimes the pieces don't fit like you want them to or a block falls off, but you work through it, slaving away at your creation, loving it, and in the end you can't wait to show off what you just made.
Posted by Isaac at 10:41 PM No comments: